Get fresh music recommendations delivered to your inbox every Friday.
We've updated our Terms of Use. You can review the changes here.

It Is Finished When It’s Destroyed / Ghost Foxes

by The Academy Of Sun 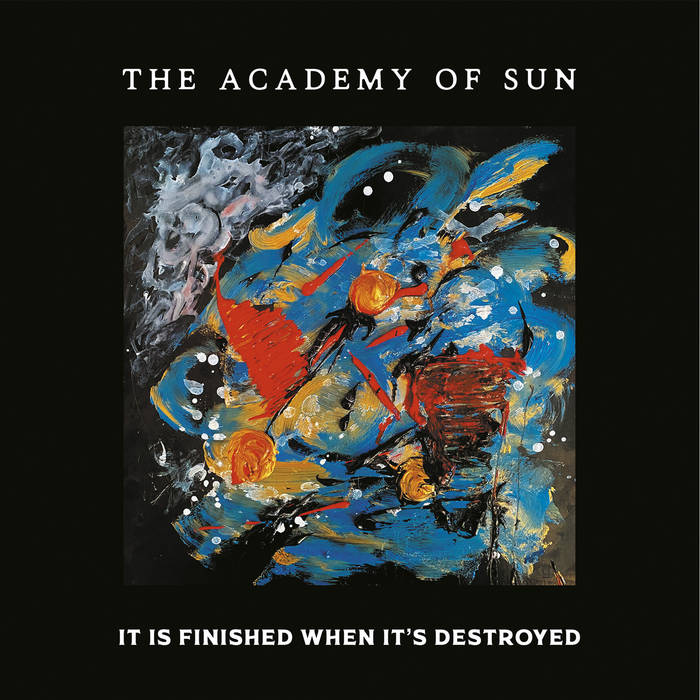 Here's what the people in the know are saying about The Academy of Sun...

"Opulent and eloquent" - The Quietus

"The arrangements are masterful" - Dangerous Minds

"Brilliance from the first to final second" - Louder Than War


Following on from The Academy of Sun's ambitious 2020 album The Quiet Earth, Heaven’s Lathe are proud to present two new songs from this very special Brighton based ensemble.

They refer to themselves as ‘queer, gnostic, orchestral post-punk’ and are centered on the rich vocals and nuanced song-writing of Nick Hudson. His work has been described by no lesser authority than Julian Cope as “Bill Nelson singing Scott’s ‘Angels Of Ashes’... highly fucking beautiful in a gazing together into Biba mirrors with smeared lippy kind of manner.” Whereas Dangerous Minds say “The arrangements are masterful.”

A-side ‘It Is Finished When It’s Destroyed’ is a work in two movements. Founded on squalls of feedback and a twisting bass line, the song opens with a sense of bruised optimism. Whilst the second section sees Hudson’s keening vocal riding over a battery of floor toms and fizzing synths. The song has been mixed by acclaimed US producer Randall Dunn, whose previous productions include Sunn O))), Danny Elfman, Earth and the Mandy OST. Dunn’s mix here bristles with detail and is truly cinematic in its sweep. The Academy of Sun have never sounded so glorious.

On the flip side, ‘Ghost Foxes’ is built around a constantly shuffling drum pattern and sharp slivers of staccato guitar. This is The Academy of Sun as questing rock band, with a sound suggestive of early Bad Seeds. Here, as in all their best work, the group strike a perfect balance between the cerebral and the primal.


If you would like to purchase the DIGITAL only, please head to TAOS BC where it will be available at a later date: nickhudsonindustries.bandcamp.com

HEAVEN’S LATHE is dedicated to bringing out the highest quality lathe cut 7" singles, featuring both influential artists and emerging performers in a sweep of genres.

We will be releasing a new limited edition single each month. Strictly limited to an edition of 100 on either black or transparent vinyl.